Then and Now: Mayor Hudson on FPUA 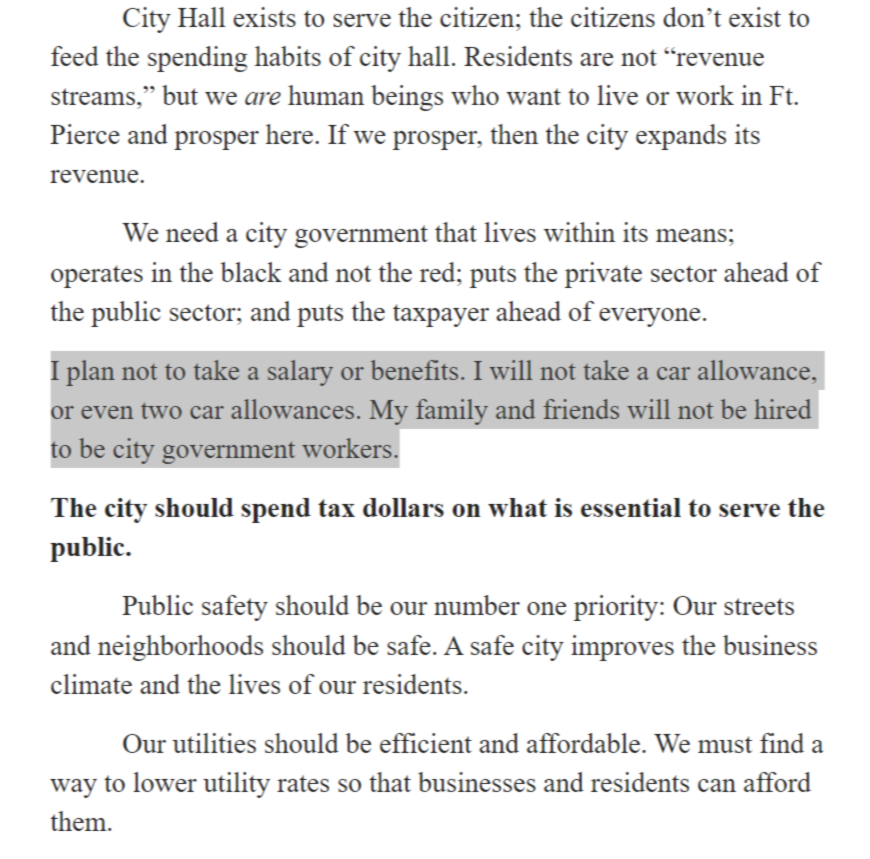 It’s all about cold hard cash. Politicians can’t resist it as Mayor Hudson has been dragged down by it for almost a decade.

In June of 2011 Linda Hudson talked of A New Beginning in Fort Pierce.

Ms. Hudson pledged that if elected, she would forego any salary, car allowance or benefits.

Over time, she said, some city officials get their priorities wrong as they stay in office longer.

..I plan not to take a salary or benefits. I will not take a car allowance, or even two car allowances. My family and friends will not be hired to be city government workers.

After a decade of  “A New Beginning” it looks more like “The Same Old Crap.” Mayor Linda Hudson’s compensation is double dipping.

She has also hired family and friends, including the FPUA attorney who got a raise to almost $120,000 while missing 40% of meetings.

If you raise taxes and rates, you increase the costs to the business community and the residents. Businesses are already struggling to stay alive. Property values will decrease even further if you raise taxes and rates. Not only will new business not come to Fort Pierce; the businesses that are here now will close their doors. What you should be doing is developing a way to help Fort Pierce businesses and citizens prosper, because their prosperity helps both the city and the utility.

Over many years, the ratepayers of your public utility have given you a lot of money. We ratepayers routinely subsidize the city by $5 million. Some ratepayers don’t even live in the city and they get to pay even more. With your proposals tonight, you’re telling your own utility that you want more money, money that has nothing to do with the cost of electricity, and money that came from ratepayers like me.

You’re also proposing a tax increase. You have racked up $95 million in debt and you must repay $5million every year. Over the years, while the debt increased, the city refused to make meaningful, long-term spending cuts. You engaged in several rounds of refinancing the debt, hoping the day would never come that you would have to pay it. Because of the increasing costs of debt and personnel, you have abandoned capital spending, money that should be going to keeping our city safe in the future.

Many people in Fort Pierce and St. Lucie County have lost faith in government and feel disconnected and at odds with those in power. Elected and employed public servants seem to be living in isolation from what is happening in the outside world. People outside the government inner circle are truly dumb-founded by your words and deeds.

In May 2022 Mayor Linda Hudson championed not one but two 10% base rate hikes.

This is one of the biggest things we’ve ever done,” said Mayor Linda Hudson. “It’s cause for celebration but it also is going to bring some paid so we’re all going have to commit to being good to our rate payers.”

The ratepayers would have been better off if she kept her promises in A New Beginning.

Too much money is passed through the ratepayer to the City of Fort Pierce.

They always want to raise the base rates because the city gets a cut through all the taxes, fees, and surcharges.

Keeping your base rate low is in your best interest but not for City Hall. If they kept the base rates low and raised the PCA you would pay less in taxes, fees, and surcharges to the city.

FPUA goes along with it because they serve at the pleasure of the FPUA Board. The Board is appointed by City Hall.

Politicians use FPUA to steal from the ratepayer for the city. This has been going on since 2011.

But board member Michael Perri said Monday officials were making “a big mistake” and suggested instead raising the percentage annually transferred to the city.

“You can’t convince me that down the road it won’t affect the ratepayers,” Perri said. “This is stealing from them.”

City of Fort Pierce to FPUA: Increase the Revenue – https://ivotelinda.blogspot.com/2011/12/ 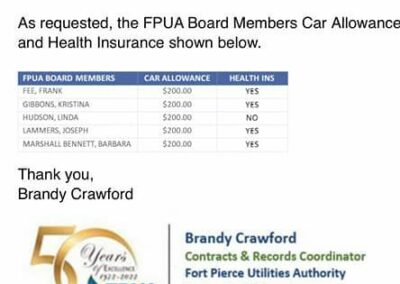 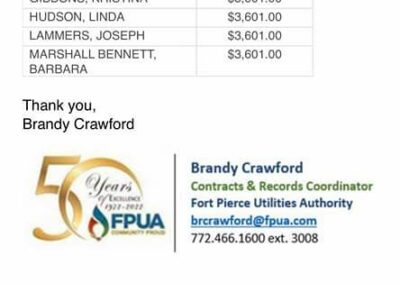 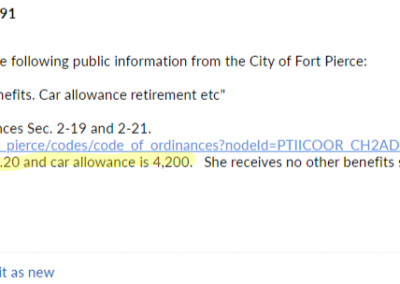 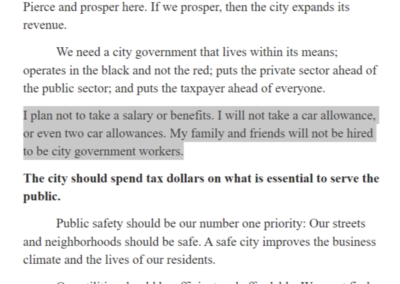 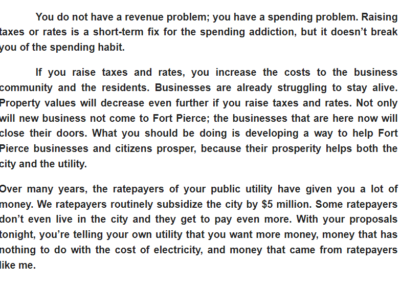 Let's Flip the Switch to FPL